A synthesized music video of the piece “Fortschritt” from kiriloff programmed in Python. It uses aubio for onset detection in the audio signal. Input video clips are alienated by drawing Voronoi diagrams derived from a sample of feature points from a binarized frame of the input clip. Video rendering is done with MoviePy and synthetic frame generation uses Gizeh and cairocffi.

The code is also on github.

The following blog posts inspired me to make this music video:

The synthetic frames are generated using the following (very simplified) pipeline implemented in a script that uses MoviePy for video editing:

We have an original input clip frame C at a certain time t: 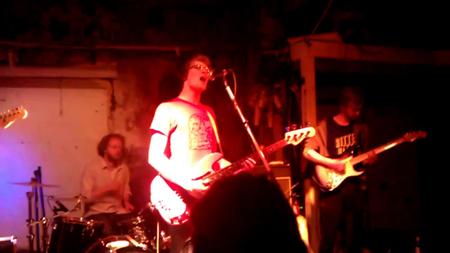 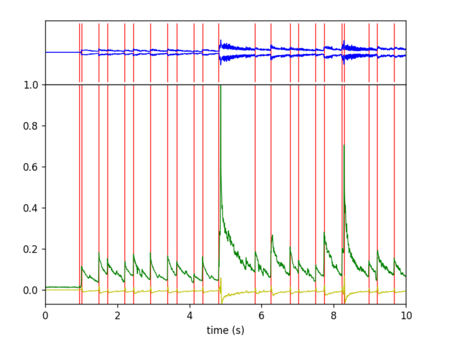 C is first blurred with a kernel size 5 in order to reduce noise and then binarized using Otsu’s method. Both is done using OpenCV. We get the following picture: 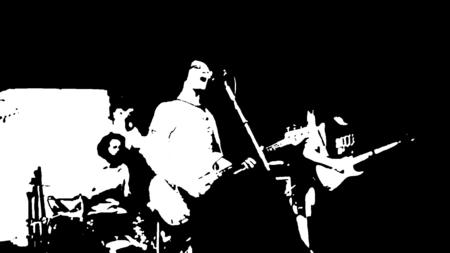 Sample from F according to O (i.e. the higher the onset amplitude the more features get sampled and the more Voronoi cells will be drawn) to get S. See the following picture where 6000 random points were sampled from the almost 500,000 features of the binarized image: 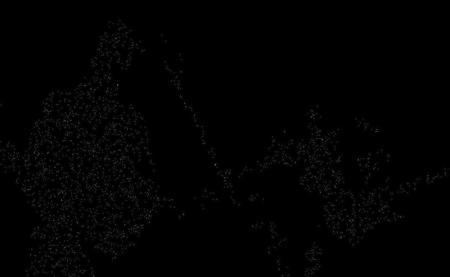 From feature samples S the Voronoi regions are calculated using SciPy’s Voronoi class. The raw SciPy plot looks like this: 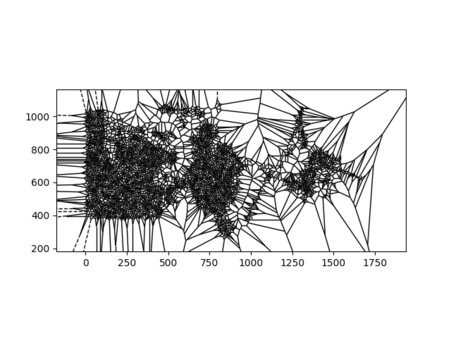 The lines that make up the borders between the Voronoi regions are calculated to get to a Voronoi diagram restricted to frame image space. These lines are drawn according to scene definitions either with a solid color or with a color gradient using start and stop colors from the pixels of both end points of the line in the input clip. This for example draws the Voronoi cells on a white background and uses the color gradient effect: 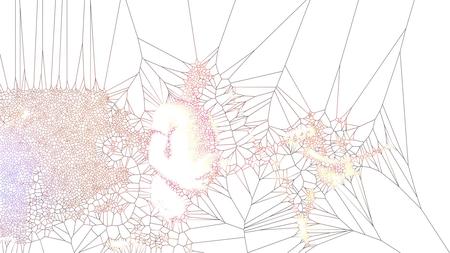 Note that the actual rendering pipeline is little more complex as it also draws Voronoi diagrams of previous frames with decreasing transparency over time to get a smooth “changing spider webs” effect.