For our “Master Project” we should plan, design and create a software project over the time-span of two semesters. We choose to create a software synthesizer app for the iPad, which enables the user to easily create loop-based musical patterns and melodies.

Because of its unique interface made of circle-like structures, we called our app Orbit.io. 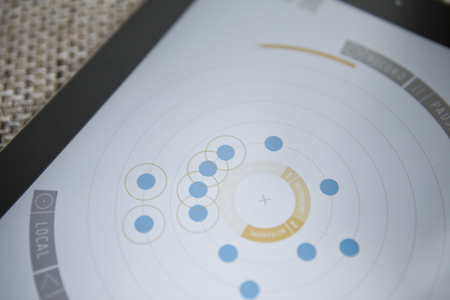 We developed this app together with students of the communication-design department in our university, HTW Berlin. The graphical user interface was done using cocos2d and the audio backend was driven by a self-developed library based on top of Stanford University’s synthesis toolkit. Our project is featured on Design made in Germany. See the nice video made by communication-design students Dennis Michaelis and Martin Guder:

The audio backend was mostly written by me and I plan to release a cleaned up and portable open-source variant of it later on. The task was quite challenging since audio synthesis back in the days of the limited resources of the iPad I was really a matter of CPU and memory optimization. See also my paper on this topic.